Emre Works Founded by Pivony, it is actually the result of research conducted by Calisir. Emre Çalışır tells the story of the foundation of Pivony as follows:

I can say that Pivony is the product version of my R&D and PhD studies. After 5 years of Vodafone R&D engineering experience, I joined Milan Polytechnic University in 2017. Here, as a researcher and doctoral student, I worked in the field of Computational Social Science.

Calisir states that he analyzed social media posts regarding historical and touristic places in Italy, and 55 million tweets shared before and after the Brexit referendum, with algorithmic methods.

When I participated in the MIT Media Lab with a scholarship in 2019 and carried out further studies for all states in America, the idea of ​​​​how important it is to understand people became clear in my mind and I felt the need to turn this into a no-code product.

As you know, No-code products allow you to get very fast results without any programming and without setting up infrastructure. Emre Çalışır expresses that he dreams of developing a platform that enables consumer insight to be created in less than 30 minutes with this perspective.

According to Calisir, in his various researches on the market, he saw that the use of artificial intelligence in consumer analytics products will gradually grow towards small and medium-sized companies.

The platform integrates with both internal and external data sources of companies. In this way, companies that see customer needs in different data sources can be much more customer-oriented by making a new generation customer segmentation. 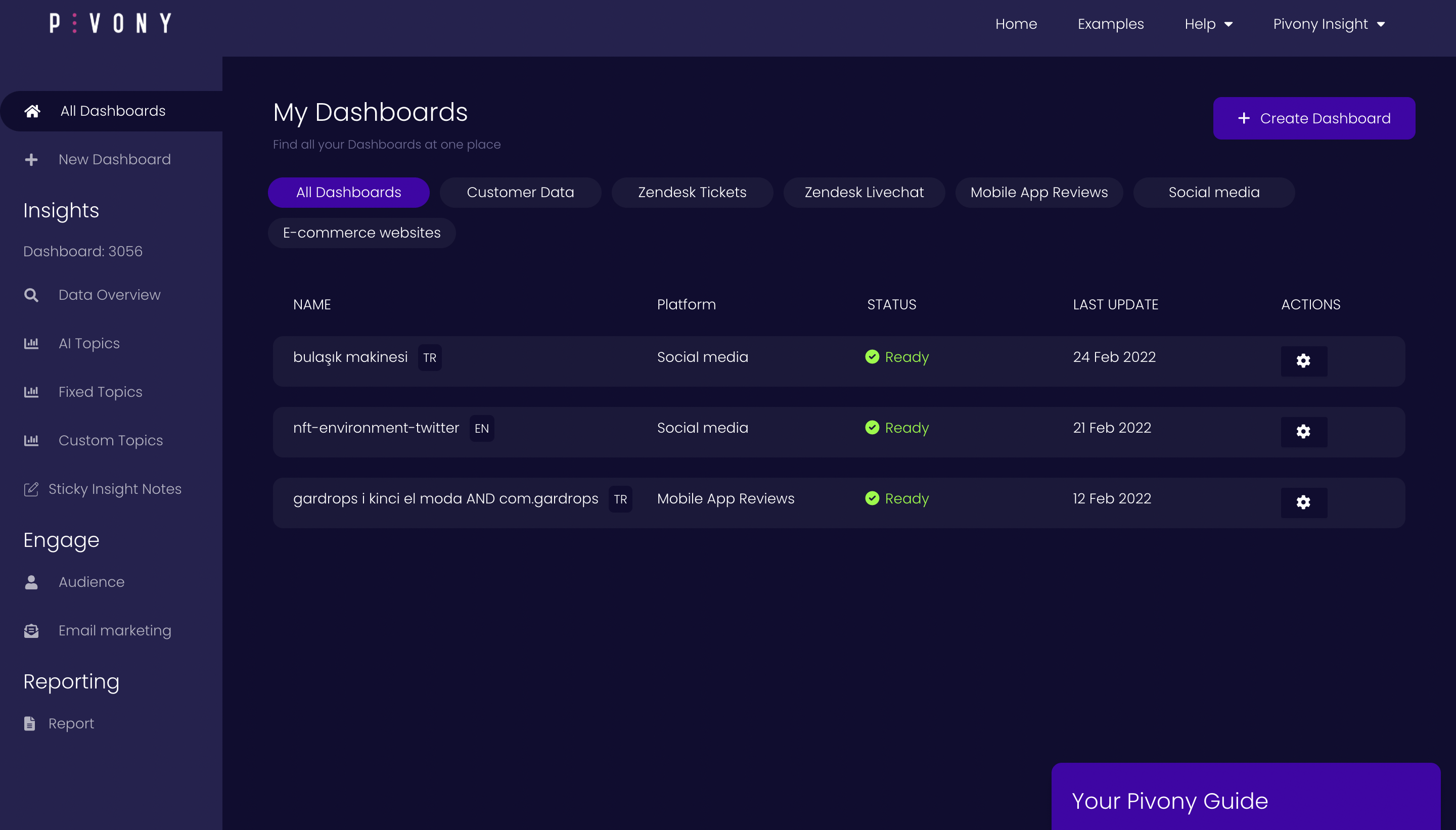 Through the Pivony panel, you can examine the reflections of certain keywords on social networks, application stores or e-commerce sites. The distribution of the platforms where the keyword is used and the sentiment analysis and intent analysis of the keywords are shared. 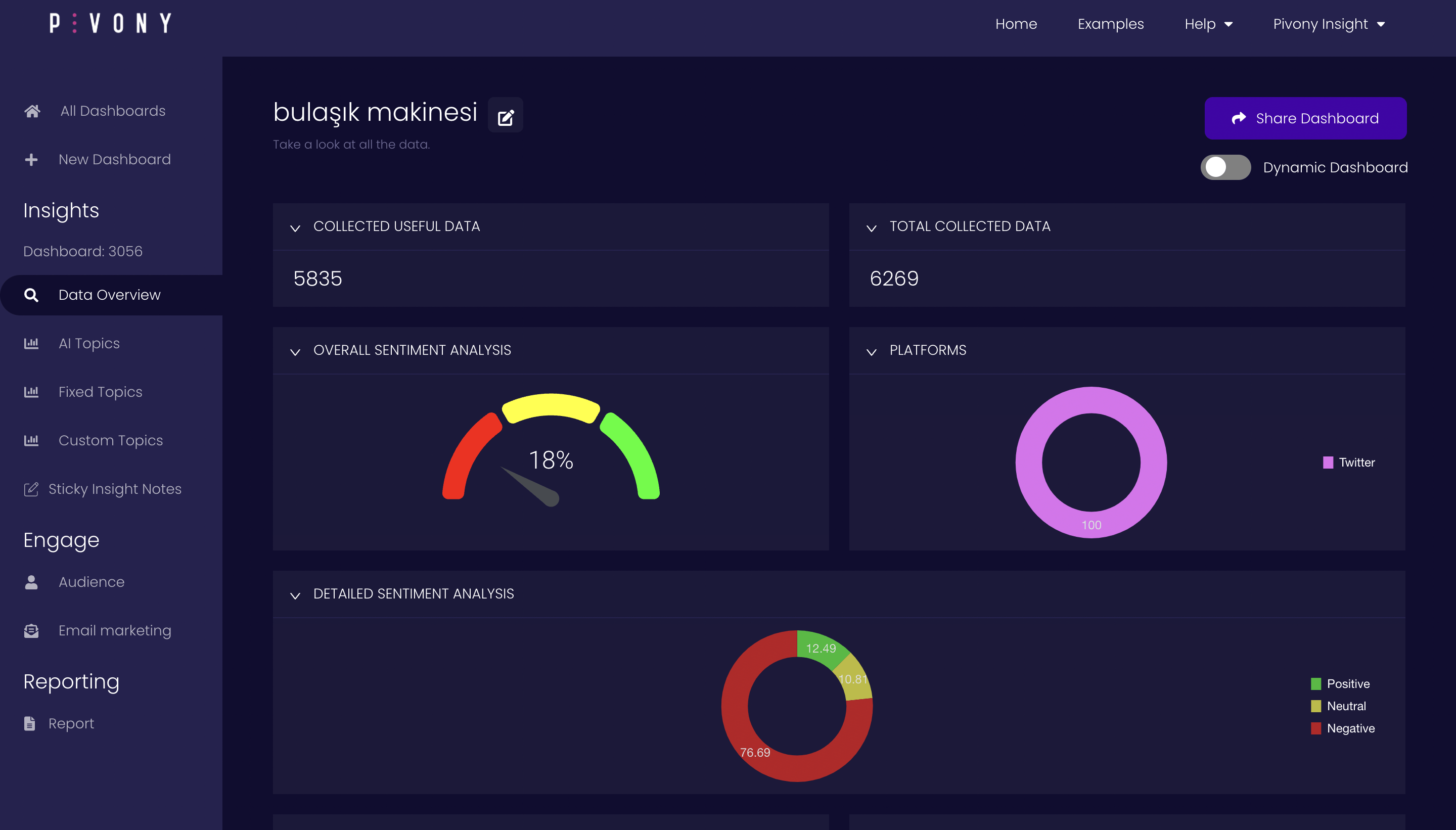 You can also access the usage of keywords over time and sentiment analysis during usage. In addition, Pivony shares with you the posts it examines at the bottom of the panel. Thus, you observe the data used to reach the conclusion first hand.

One of the features I loved was AI Topics, where conversational titles were reviewed. In this area, you can see other words used with the keyword, and you can learn about the topics and words that are on the agenda. 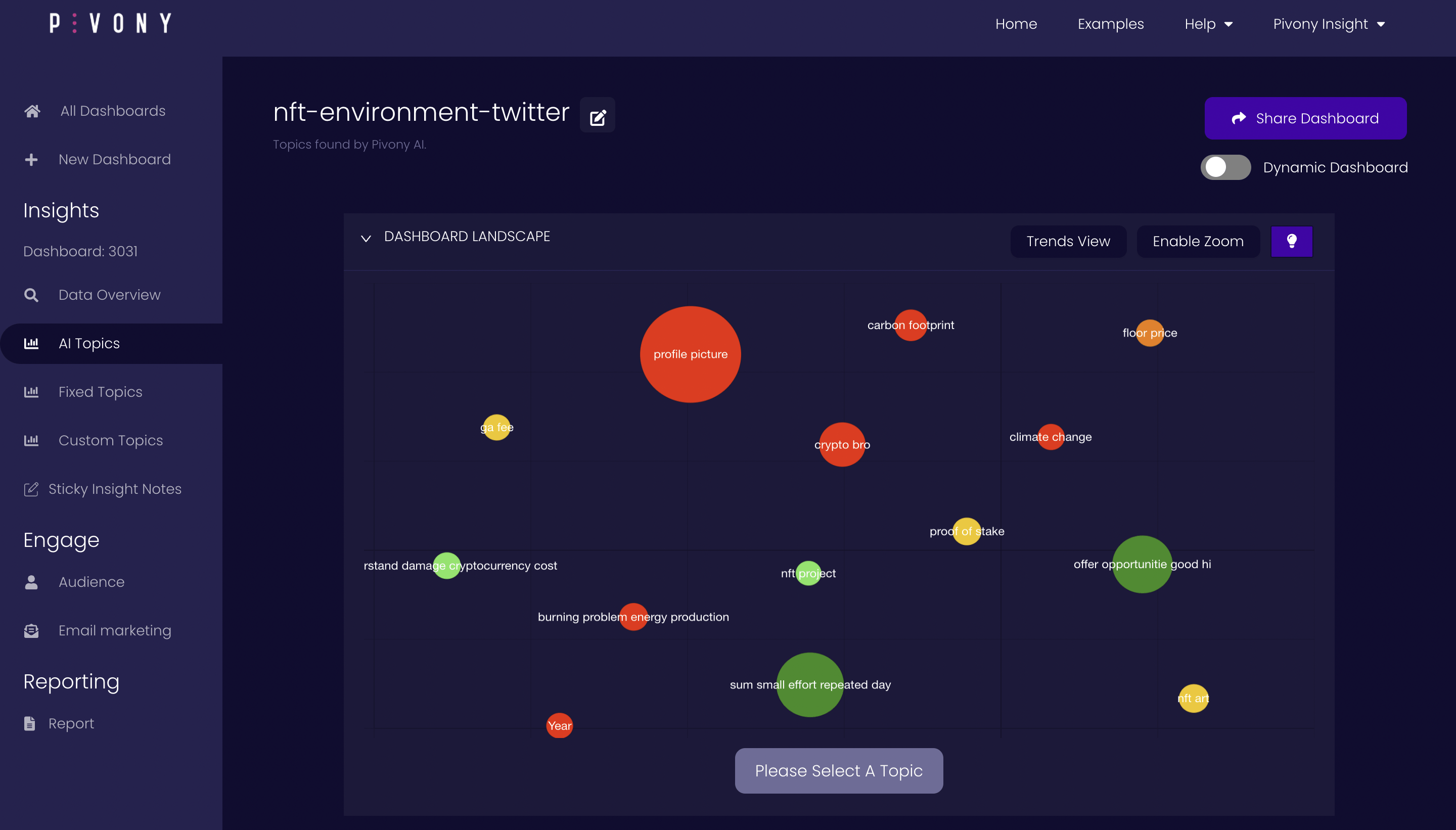 In the continuation of the screen, you will be able to access the terms and phrases on the agenda. As with other screens, intent analysis and platforms are also featured. To examine the function of the tool more closely, the reports prepared by the company can be found on Pivony’s website. you can browse. 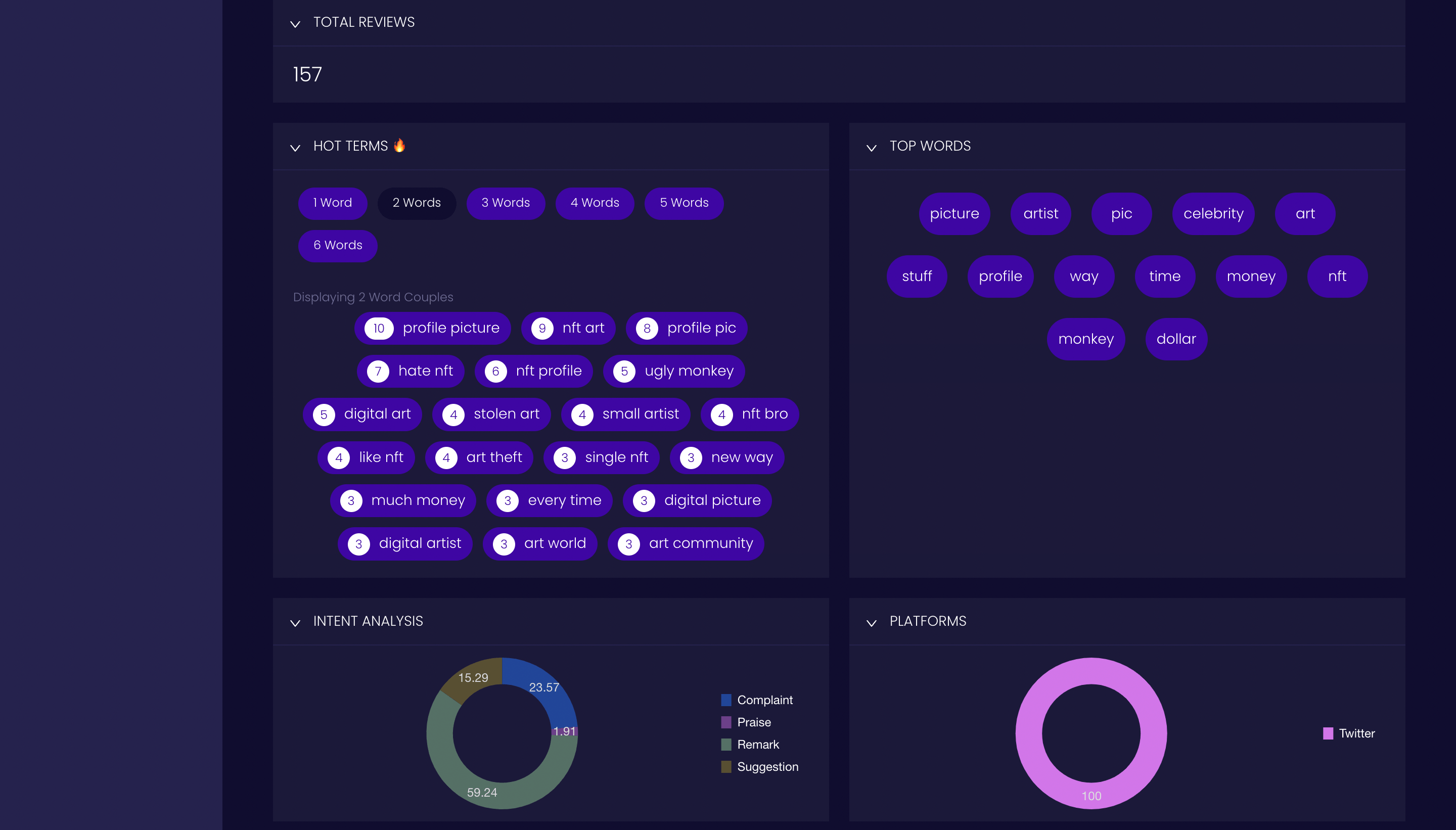 Pivony provides two main contributions to companies operating in the B2C field. The first is that Pivony speeds up the process of understanding the customer by 7 times on average, and the other is that it enables companies to detect problems that will cause them to lose hundreds of thousands of dollars early.

Calisir states that they act with the mission of democratizing artificial intelligence. In this context, it offers the platform with a monthly/yearly subscription and a pay-as-you-go model.

Since Pivony was founded during the pandemic period, remote working has been ingrained in the company culture since day one. The team of the startup mainly consists of 8 full-time people who come together from different countries and love the startup culture. Works, “We also offer our team members the opportunity to become shareholders of our company.” says.

Stating that they did not use a ready-made infrastructure while developing the product, works, “It was developed from scratch by the Pivony team.” says. However, Emre Çalışır’s experience in Big Data, Cloud and Artificial Intelligence at Vodafone as well as his doctoral studies enabled the rapid development of the Pivony platform.

Pivony currently has more than 50 users in different countries, especially in the UK and America. Over 125 million consumer reviews have been analyzed on Pivony to date. In addition, more than 2,000 insights have been created.

Among Pivony’s competitors in the global market are companies such as Talkwalker, Wonderflow and AppBot. Calisir listed the points where Pivony differs from its competitors as follows.

We distinguish ourselves from our competitors in terms of the ease of creating consumer insights on the Pivony platform, how important the insight is for the company, the speed of transforming insight into action, diversity of data sources, instant Pivony expert support, and accessible price strategy.

Reminding that they received a pre-seed investment with a valuation of 710 thousand dollars in April 2021 from Startup Wise Guys, works; “We are currently in a bridge investment round.” said.

Innovative and original ideas are valued with the Fikrinn Platform

Innovative and original ideas are valued with the Fikrinn Platform