What are the latest developments on the technology front of the war?

In the past weeks”What happened in the world of technology in the last days in the shadow of war?” and What’s going on on the technology front of the war? We conveyed to you the attitudes of technology companies and countries during the war with the news. Let’s take a look at what happened this week.

Coinbase announced earlier this week that it blocked 25,000 cryptocurrency addresses linked to individuals and institutions in Russia. announced. The company said it took this step to prevent Russia from avoiding financial sanctions with crypto.

Coinbase stated that the 25,000 blocked accounts are related to Russian individuals or organizations it believes are engaged in illegal activities. He did not disclose exactly when they were blocked or how many of the restrictions were related to current sanctions. In its blog post, under the heading “anticipated threats”, Coinbase stated that it blocked the accounts of a certain Russian citizen who potentially had 1,200 linked accounts, citing a US sanction in 2020.

Amazon says AWS stops recruiting new customers in Russia announced. The company underlined that it does not have any data center, infrastructure or office in the region. Yours, long existing Not doing business with the Russian government stressed the principle. In addition, it announced that it has stopped Amazon Prime and delivery service in Russia and Belarus.

Google, on the other hand, stated that they do not accept new customers from Russia for the time being within the scope of Google Cloud.

Although IBM initially followed in the footsteps of Google, IBM CEO Arvind Krishna made a statement after the backlash. Krishna announced the suspension of all business with Russia.

Netflix, Paypal and Adobe have stopped their services

At the beginning of the week, Netflix was suspending its services in Russia. we transferred. In addition to Netflix, well-known technology companies came to the agenda this week with their decisions to stop their operations in Russia.

Paypal has stopped its services in Russia announced. Shortly after this announcement, Vice President of Ukraine Mykhailo Fedorov shared the letter of PayPal CEO Dan Schulman with the world in a tweet he sent.

Adobe was among the companies that stopped their services and sales in Russia. Company, in the statement gave the following statement:

It is our responsibility to ensure that our products and services are not used to support this illegal war.

Many game companies have also taken their stance against Russia. Although Epic Games announced that it has stopped trading with Russia, it has stated that it does not restrict access to games. The company suggested that this is because the same means of communication remain online, that the free world must keep all channels of dialogue open.

Epic is stopping trade with Russia in our games in response to its invasion of Ukraine. We do not block access for the same reason that other means of communication stay online: the free world must keep all lines of dialogue open.

Activision Blizzard has announced that it will not sell games to users in Russia. The company has also stopped offering an in-game purchase option in Russia. Nintendo has suspended its digital sales in Russia, while UbiSoft has joined the game companies suspending their sales in Russia.

Upwork, Russia and Belarus operations ended. The company also withdrew its annual forecast, which it published on Monday. Let’s say that 10 percent of Upwork’s 2021 revenues come from the war zone. While 6 percent of these revenues came from Ukraine, the rest came from users in Belarus and Russia.

After withdrawing the annual estimate, the company stated in its statement that it has already incurred additional costs and unplanned expenses. Drawing attention to the decrease in usage rates, Upwork stated that this situation will affect the revenues and base profits of the first quarter and 2022.

Snapchat said it stopped ads in Russia at the beginning of March had announced. The company also announced that it has temporarily disabled the heatmap of public Snaps in Ukraine as part of Snap Map.

If you remember, we told you about the conflict between Meta and Russia in our previous article. we transferred. Facebook and Instagram imposed some restrictions on the spread of disinformation by Russian media outlets, while Russia threatened to ban Facebook in the country.

Instagram has set up a team to reduce the impact of posts sponsored and moderated by the Russian government. took steps. Instagram will lower the ranking of posts from Russia-sponsored posts. In other words, it will prevent it from being prioritized algorithmically. 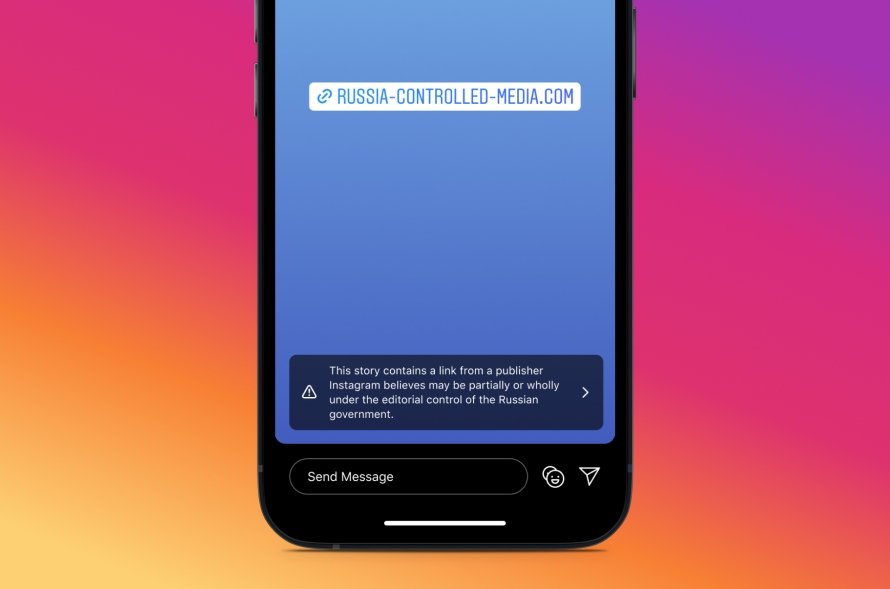 Meanwhile, TikTok has suspended live streaming and new content in Russia. In addition, the company maintains its operations in the country for the safety of its employees and users. suspended.

Mercedes-Benz recalls its cars: Here’s why!