Animal health tracking system that improves the health of cattle with artificial intelligence and increases their productivity: wiCow

Developing technology allows improvements to be made in all areas of life, and while these are realized, people save both time and cost. Recently, we have come across and focus on cattle. cow It is a product of this developing technology.

wiCow serves as an animal health monitoring and early warning system that improves the health of cattle and increases their productivity with its machine learning and artificial intelligence infrastructure. The aim of wiCow is to increase the efficiency of the farm by monitoring the health of cattle with artificial intelligence infrastructure and to warn the farmer/veterinarian by generating alarms when necessary.

With artificial intelligence infrastructure, it recognizes the farm and animals and generates farm health points.

With the wiCow Pro application, it gives the farmer and veterinarian the chance to closely monitor the animal and early intervention when necessary, with the anger, high fever, 24 hours before birth, and birth warnings given 24/7, thus reducing maternal cow and calf deaths to a great extent. Considering that maternal cow and calf mortality rates are around 3 percent and 6 percent globally, and around 15-20 percent in Turkey, it is actually possible to talk about a serious financial (about 70 billion Euros global loss per year) and moral problem. wiCow also increases the milk yield of the farm, while recognizing the farm and animals with its artificial intelligence infrastructure and creating farm health points, preventing a possible epidemic disease on the farm. 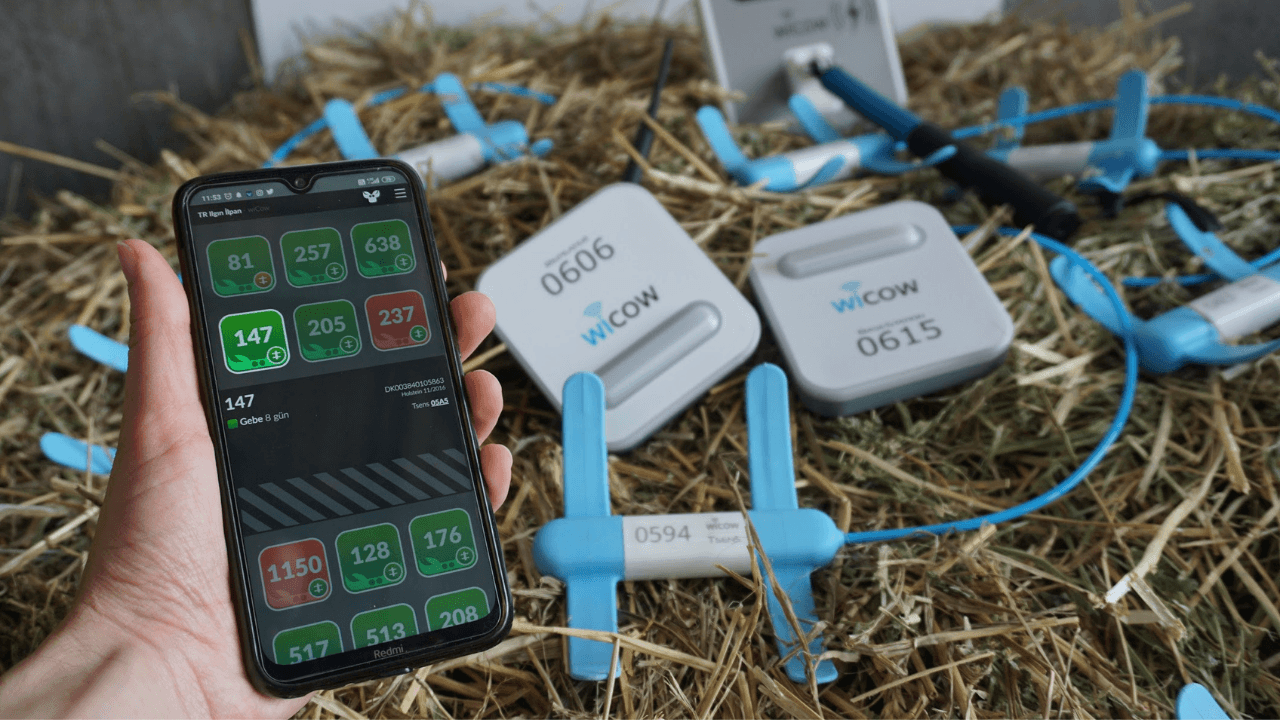 It has offices in both Turkey and Germany.

wi cow, Tolga Apprentice and Selvi Yurtsever Apprentice was founded in Istanbul in 2015 and in Hannover Germany in 2019. Since wiCow includes both software and hardware and a sensor device to be inserted intravaginally into a live animal, the development process took about 4 years. The team, which does not use a ready-made infrastructure, developed everything from scratch.

The initiative’s first pilot farms and first customers were German farmers. It currently has customers in both Turkey and Germany, and pilot farms in Italy and Denmark. wiCow has worked around 3 million hours inside the animal so far, completed more than 6,000 births, saved the lives of more than 800 calves and 200 mother cows. No disease was found in any of the 20,000 different cows that he identified as healthy.

The aspects that distinguish it from its competitors

wiCow’s global Allflex (USA), SmaXtec (Austria), smart spring (Austria), moodl (Ireland), Medria Vel’Phone It has competitors such as (France). All but one of wiCow’s competitors (Vel’Phone) manufacture devices that work either on the neck, back, stomach or tail, and all produce highly accurate alarms in one or two specific areas. Some birth alarm is above 80 percent, some are ovulation alarm. In fact, some alarms are well below these rates. It is said that a device such as wiCow, which can generate more than 90 percent alarms 24 hours before birth, at birth, high fever and ovulation, is currently not available in the market. In summary, wiCow differs from its competitors at this point.

Going on an investment tour of 1.5 million euros

wiCow, which has not received any investment so far, is going on an investment tour of 1.5 million euros this year. The income models of the venture are stated as direct sales, sales through distributor channels and direct rental.

wiCow wants to reach 100 thousand sensor sales both in Turkey and Europe in 5 years and to become a global and reliable brand in this field. The startup, which is currently in the WorkupAgri acceleration program developed in cooperation with Hackquarters and Türkiye İş Bankası in Turkey, has just finished the Rootcamp-Spin Lab Accelerator program in Germany, which is one of the largest accelerator programs in Germany. wiCow thinks that with these supports behind it, it will quickly reach the point it wants to reach.

The iPhone 14 family, which is expected to present a new model with a large screen, may come up with 4 models.